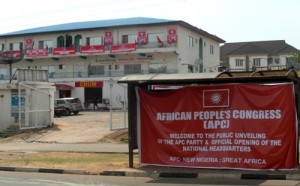 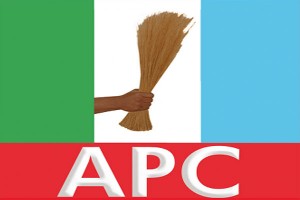 After weeks of speculations and name calling over the registration of the opposition coalition party, All Progressives Congress, the party on Monday ‘won’ its first victory with the Independent National Electoral Commission refusing to register the African People’s Congress, thus creating an opportunity for the coalition platform to register its preferred acronym, APC.

According to INEC, promoters of the African People’s Congress failed to meet the requirements for the registration of parties, and the association also breached Section 222 (a) of the 1999 Federal Constitution, as amended.

A letter signed by INEC’s Secretary, Alhaji Abdullahi Kaugama, refusing the association registration had been sent to the promoters, the Commission’s Director of Information, Emmanuel Umenger confirmed.

The letter read: “The Commission has observed that your association is in breach of Section 222 (a) of the Constitution of the Federal Republic of Nigeria, 1999 (as amended) which stipulates as follows:

“No association by whatever name called shall function as a political party unless; the names and addresses of its national officers are registered with the Independent National Electoral Commission; a close observation of your submitted form PA 1 established that it does not contain the addresses of your national officers as stipulated in the provisions above.

“Consequently, the commission shall not register the proposed African People’s Congress (APC) as a political party.”

The All Progressives Congress, formed by four opposition political parties – Action Congress of Nigeria, Congress for Progressive Change, All Nigeria Peoples Party and a faction of the All Progressives Grand Alliance – had in January announced the name of their new party and chose the acronym, APC, only for two other associations – African People’s Congress and All Patriotic Citizens to spring up and beat them to submission of applications to INEC, both also choosing the acronym APC.

But while the All Patriotic Citizens pulled out of the struggle for the acronym, and agreed to a change of name, the African People’s Congress had however remained adamant.

The All Progressives Congress, whose mission is to wrest power from the ruling People’s Democratic Party, had accused the PDP of sponsoring the African People’s Congress in order to spoil the show for the opposition, an accusation the ruling party vehemently denied.

Chairman of the African People’s Congress, Chief Onyinye Ikeagwuonu, who had earlier accused INEC of ‘black market dealings’ last Thursday flaunted before journalists a copy of the same letter Umenger confirmed was sent to the association on Monday, alleging that “dark forces” within INEC had perfected the plan to deny his association registration.

Umenger had earlier on Monday said the letter shown to journalists by Ikeagwuonu was not authentic because it was not signed, but he later confirmed the content of the letter as the same as the one sent to the association denied registration.

“Yes, I am in receipt of a letter similar in content with the one you said was duly signed by INEC’s Secretary, Alhaji Abdullahi Kaugama, and it has been delivered to the addressee (African People’s Congress) and one Michael Ogani signed and collected the letter and dated it March 25, 2013.

“The content is what you read to me earlier. The point of departure as I spoke with you before now was that the letter you had was not signed and because it was not signed, we could not ascertain its authenticity and because of that I declined to speak on it. But as soon as it came to my table, I felt that it was necessary to call you and inform you that I am in receipt of a letter and its content; the letter has spoken,” Umenger said.

“The requirements of the laws have been complied with and we must forewarn that any trick against our registration shall be resisted as even the same Electoral Act which empowers INEC to register or not to register political parties equally gives us power to challenge the decision of INEC at the Federal High Court, up to Supreme Court where our constitutionally compliant application to register shall be upheld by the law court.”