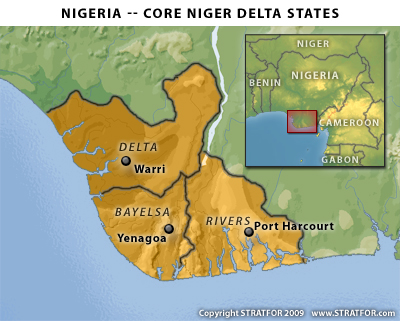 The comment attributed to Sultan of Sokoto, Alhaji Muhammed Sa’ad Abubakar III, that the Federal Government should grant total amnesty to members of the dreaded Islamist terrorist group, Boko Haram, has received flaks from royal fathers in the Niger-Delta region who have in separate reactions, condemned the call.

In his reaction, HRM, King Dodo II, Pere of Bilabiri Mien kingdom, Bayelsa state, decried a situation where the Sultan has made himself “the mouthpiece of a faceless group”.

According to him, “It is so disheartening that the Sultan and the Islamic leadership of Islamic affairs do not know what to do with the scourge of Boko Haram. However, I want to say that the Nigerian nation must know that Boko Haram is a terrorist group and should be regarded so.”

“This is because there is nothing they are fighting for, the Sultan and his people should be happy for a united Nigeria. How can a person of the statue of the Sultan openly say things or suggest things to the President that will jeopardize the Nigerian nation to tear it apart.

“Everyone knows about the cause of agitation of the youths of the Niger Delta, it was a sincere agitation and the Niger Delta youths never in a time invaded churches or mosques in the region, we should call a spade a spade,” he asserted.

While thanking the leadership of the Christian Association of Nigeria, CAN, for its timely opposition to the statement made by the Sultan, the monarch called on President Jonathan to remain steadfast and unwavering.

“Do they take us for a fool?” He thundered. “I am the highest oil producer in this country with nothing to show for it, the north has 80 per cent of oil blocks in this country and we, the owners, have zero blocks. Do they think we do not know?  Gone are those days, they should be cautioned. I advise the north to give President Jonathan the needed peace for him to actualise the dreams of Nigerians.

“Boko Haram should sheath their sword for the sake of one Nigeria. They should also know that the president has fathers too from where he comes from and I am one of the fathers. We as royal fathers should be cautious of our utterances. I have spoken,” he said.