Home Metro News APC Merger: If they are coming together to fight the PDP, they...
Facebook
Twitter
WhatsApp 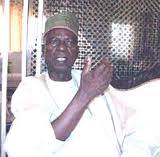 A former Nigeria Ambassador to Switzerland and founding member of the Peoples Democratic Party (PDP), Ambassador Yahaya Kwande, has said the merger of some political parties into the All Progressive Congress (APC), is a smoke screen in the political circle, adding that the new party cannot survive the 2015 elections.

Ambassador Kwande, while granting an interview to the Tribune, stated that no democratic nation could move forward without formidable opposition. He added that the PDP needed opposition, but added that APC could not perform such function considering the motive behind its formation.

His words: “No democratic nation can survive and move forward without two strong political parties or formidable opposition, if they are coming together to fight the PDP, they have lost, if they are coming with the objective of forming alternative government, then they will succeed, but it appears they seems to be thinking of destroying the PDP,” he stated.
According to him, those behind the APC were ruled by ambition of grabbing power from the PDP without any agenda and plan to correct anomalies they claimed to have detected, adding that they were just playing to the gallery because alliance of political parties to win election had never worked in Nigeria.