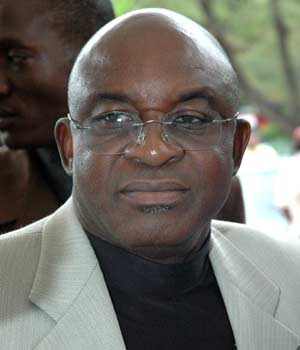 Senate President David Mark has called on the Boko Haram sect and other warring groups across the country to sheathe their swords and embrace peace and forgiveness.

Mark made the call yesterday as part of his Easter message to the Christian faithful. In a statement by his media aide, Kola Ologbondiyan, the Senate President condemned the continued shedding of innocent blood as a way of expressing grievances, saying it was ungodly and inhuman.

According to him, dialogue remains the best approach to addressing any misgiving.  He charged Nigerians to be fervent in prayers for the survival of the country, saying, “We’ve no other country than Nigeria. Therefore, we must do all we can to make the nation a better place”.

He specifically called on Christians and all Nigerians to continue to live in peace and harmony  with one another as demonstrated by the death and resurrection of Jesus Christ. Mark, who said Jesus died on the cross of Calvary as a sacrificial lamb and for the forgiveness of sins of mankind, urged Nigerians to use Easter as a period of reconciliation with one another exhibited by in His death.

“There are lessons we must learn from the sacrifice Jesus paid on the cross of Calvary. He was sinless, condemned for our inequities. Despite the torments and pains, He was praying for His accusers and killers” Mark said.