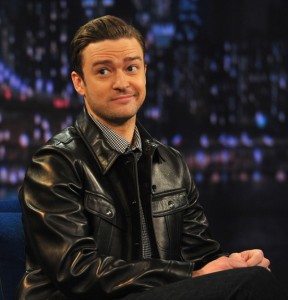 If there was ever any bad blood between Justin Timberlake and Kanye West, JT made it hard to find when the dapper singer stopped by Late Night With Jimmy Fallon Monday night (March 11).

Last month, West went on a hodgepodge rant during his performance at London’s Hammersmith Apollo, throwing shots at JT’s latest single “Suit & Tie” featuring Yeezy’s best bud Jay-Z. “I got nothing but love for Hov, but I ain’t f—ing with that ‘Suit & Tie,” the Chi-town rapper said.

This past weekend, Timberlake held down double duty as host and performer on NBC’s Saturday Night Live, even sneaking in a little comeback in his live rendition of the 20/20 Experience carrier single. “Aww, my hit so sick, got rappers acting dramatic. That’s alright. It’s all mine,” JT remixed in the second verse. 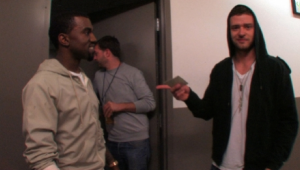 When asked if the lyrical swap-out was meant to address the ‘Ye diss, the ex-boy bander smiled and said, “Did it seem that way?” He continued playing coy, “I don’t remember that…Did I change a line? It is live.”

But when it came to his personal feelings toward Kim Kardashian’s baby daddy, JT had nothing but love. “Let me just, for the record,” Timberlake started, “I absolutely love Kanye. So there’s that. We love Kanye, right?”

But JT, who are the rappers acting dramatic? [Vibe]