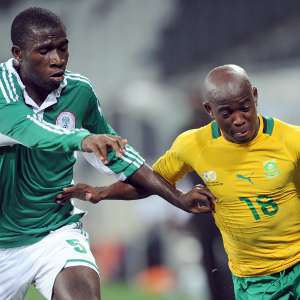 Nigeria opened scoring in the 72nd minute of the game when striker Aminu Umar chipped in a rebound from a shot on goal by skipper Abdul Ajagun which was blocked on the goal line. Umar also got the second goal in the 82nd minute when he stepped up to convert a penalty for his fourth goal of the tournament to become the leading scorer.

Mali scored a late consolation goal on 87th minute through Tiekoro Keita. Despite the defeat, the Malians, like Nigeria, Ghana and Egypt will represent Africa at the U20 World Cup in Turkey this year as the continent has four slots, which will go to all semi finalists.