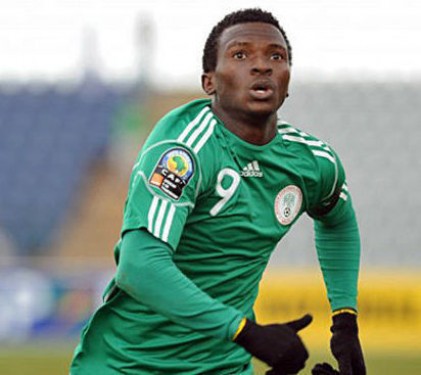 The forward earned a yellow on Wednesday in Nigeria’s 1-0 win over Gabon when he put the ball into the net after he was blown offside. His first yellow card came in the Flying Eagles 0-1 shocking opening game loss to Mali last Sunday for simulation.

Although he is yet to score in the 2013 AYC, Kayode has been an integral part of the squad with his persistence and speed which has been a headache for defenders.

Alhaji Gero and Umar Aminu are now in line to start against DR Congo in the absence of Kayode.