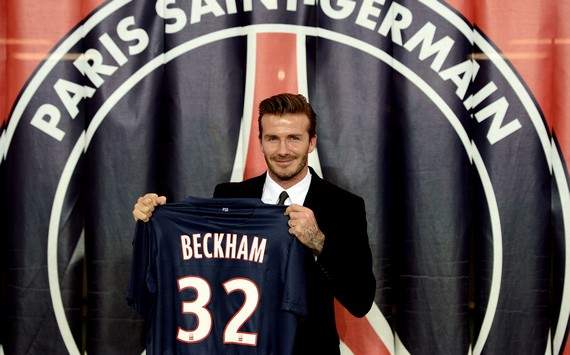 The 38 year-old model who donates his salary at PSG to a local children’s charity, finished some £59.5m ahead of his nearest rival, Barcelona phenomenon Lionel Messi (£115.5m), who in turn pipped Real Madrid superstar Cristiano Ronaldo (£112m) to the third spot.

Each player’s net worth was calculated based on salary, endorsements and assets, as well as taking outside business interests into consideration.

Samuel Eto’o is the only African who made the top ten at number six with a networth of £52m.

Five of the players (Messi, Ronaldo, Ronaldinho, Kaka and Rivaldo) in this list have one thing in common – they’ve all won the FIFA/Ballon d’Or World Footballer of the year award.