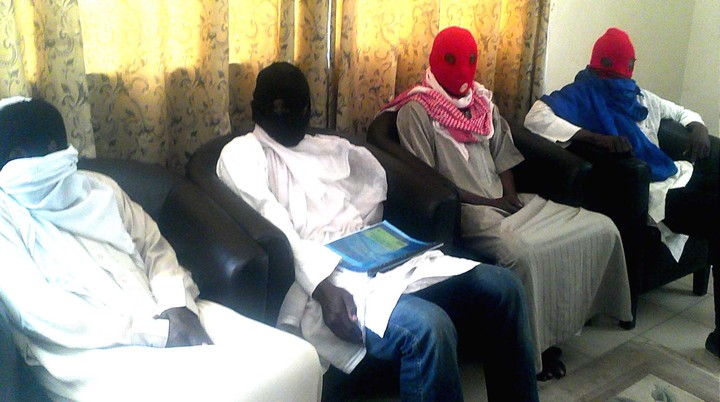 The General Secretary of the Christian Association of Nigeria, Rev. Musa Asake, in this interview culled from PUNCH newspapers, reveals the reason behind CAN’s opposition to granting of amnesty to Boko Haram members the Federal Government.

“Our position is very clear. We don’t support amnesty for Boko Haram” he started. “You don’t give amnesty to people you don’t know. If those people who are calling for the amnesty know these people called Boko Haram, and they are seeking peace, let them come out and tell us why they are killing people; their targets are Christians and they have been going after Christians and they have been saying it without mincing words.

“In calling for amnesty, they never mentioned those widows, those orphans; they never mentioned the grave injustice that has been done to Christians. This leaves me with a very big question mark.  What is the motive behind the call? There was a time that some Muslims denied that Boko Haram members were Muslims. But none of the Muslims is ready to support our position. We want to know them. What are they fighting for?” he asked.

On suggestions that amnesty could be the solution to the crisis rocking the north, Rev Asake asked rhetorically, “Do you have a guarantee for that? We can’t play games when people’s lives are being wasted daily.

“Their leader, Ibrahim Shekau, came out recently and said they were fighting the cause of Allah. He never talked about injustice. He never said they were looking for justice. I really don’t understand. And there are some people, who are just trying to attract attention by comparing them with the Niger Delta militants. What happened in Niger Delta was completely different. There was a cause that they were fighting for.

“But the goal of this people is to destroy churches and kill Christians. When you say there is no justice, I ask: who needs justice; is it the person who is killing others or the person who is being killed? We as Nigerians need to be very sincere with ourselves. Nobody is saying anything about the people who have lost their loved ones and their places of worship destroyed. All we are hearing is that Boko Haram, faceless people, who are fighting no just cause, should be granted amnesty.

“I’m from the North. And I can tell you that the North has been shattered by the activities of Boko Haram members. So, it bothers me to hear someone calling for amnesty for these people.”

Rev Asake also debunks the Boko Haram crisis is as a result of poverty ravaging most parts of the north because according to him: “If you are poor, do you begin to fight and kill others? Is that the way to get rich? Can the firearms they are using, the AK 47 they are using in their numbers, be purchased by poor people? Does it make sense to say you are poor and you are holding AK 47? We are more than this kind of argument. Let’s talk of the real thing. Let’s call black black and white white.  Let’s be honest with ourselves. This has nothing to do with poverty.”