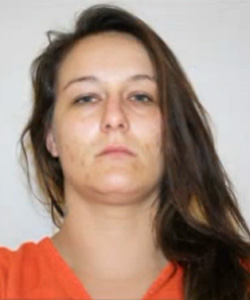 This may sound unbelievable but yet true. An Oklahoma woman, Christie Dawson Harris, 28, was arrested on Monday on suspicions of being in possession of drugs after a police dog alerted cops who were on a routine patrol.

During a search by a female officer with the Ada Police Department, the cop, Officer Kathy Unbewust, stated:  “I observed at that time a wooden and metal item sticking out from her vagina area,” and further added that she “pulled the item from her vagina, and found it to be a 5 shot revolver with rounds in the chamber.”

The Freedom Arms .22-caliber handgun was loaded with three live rounds and one spent shell, cops reported. As to where the weapon was recovered, the police report noted, “gun located in suspect vagina.”

A further search led to the discovery of plastic baggies containing methamphetamine cleverly lodged in the crack of Harris’ buttocks.

She has since been charged on felony weapons and narcotics charges. The handgun retrieved from Harris is pictured below… 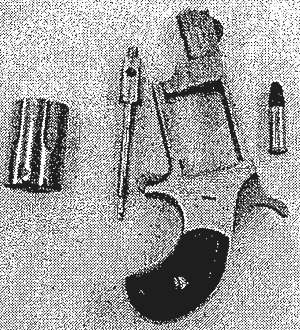