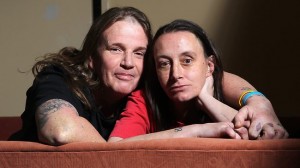 It is illegal to be too loud in bed in Australia.

An Australian couple was sentenced to a fine after their wild lovemaking has been seen as disturbing their neighbors.

Jessica Angel and Colin Mackenzie are being fined $4,000 for breaking the 1993Law of Environmental Protection, according to local newspaper reports.

Under the law in South Australia, the noise is classified as a form of pollution and that includes vibration.

Police have visited the apartment of the couple twenty times in the past. MacKenzie, 45, accused his girlfriend for making the noise.

“That’s more or less why I’m asleep at six o’clock. I’m probably going to die of a heart attack. It almost killed me as it is.”

An emergency environment protection order was served on the pair, ordering them to cease all noise in 72 hours.

But the couple was reported to have ignored that order and the police were called again on Tuesday morning when they were arrested and charged.

The couple is reportedly the first in South Australia to be accused of violating environmental laws.