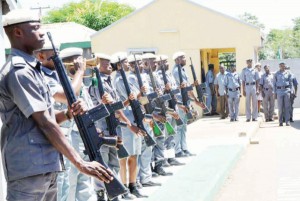 A Senior Inspector of Customs at the Seme border Command of the Nigeria Customs Service,Mr Musa Bala was on Saturday shot dead.

Spokesman of the command, Mr. Ernest Ollotah, while confirming the ugly incident said it shocked the command, adding that the remains of the officer had been deposited at the Badagry General Hospital mortuary.

According to Ollotah, the incident took place at about 5 a.m, a few metres from Customs Barracks in Seme, adding that the command was still awaiting the report of the incident from the Police as the matter was under investigation.

He said the command would not jump into conclusion over the incident until the Police report was ready, adding that the family of the deceased officer had been notified, and the deceased’s brother had subsequently visited the command.

Customs officers in the Seme axis have come under serious attacks in recent times. The death of Musa is about the second this year as another officer was shot dead by one of his colleagues few weeks ago.

The late officer who hailed from Adamawa State will be buried after investigation into his death.