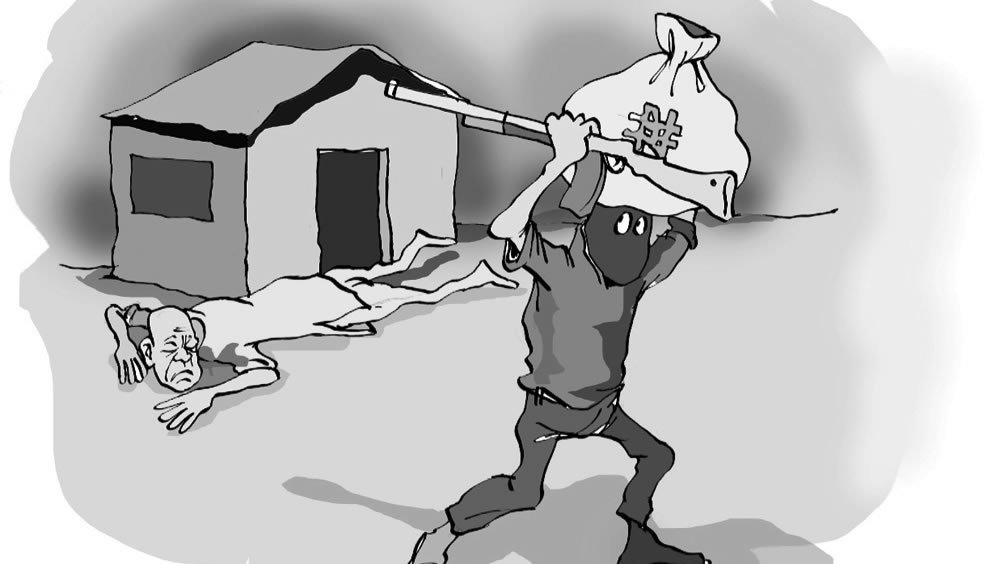 Barely few days after residents of a town in Ogun state received a letter from suspected armed robbers intimating them of an impending visit, residents of Ronke Street and the environ, in Ijeshatedo area of Lagos State have raised the alarm over a letter purportedly written to them by armed robbers also alerting them (residents) of their intention to raid the area.

Copies of the letter were conspicuously pasted on the wall of some of the buildings. In the letter, the robbers said: “We will pay you people a visit soon. Be prepared for us.” Following the development, residents of the area have made arrangements to secure their houses.

Most of the residents who expressed fears and shock at the audacity of the suspected men of the underworld, have resorted to engaging the services of vigilance groups, erecting iron doors in their rooms while the faint-hearted have fled their homes altogether.

On why they are yet to draw the attention of the police to the purported letter, one of the the residents said: “Nobody knows if they have informants within the police.

“If you report to the police and those bad boys get to know, you can imagine what our fate would be when they finally come. And besides, those robbers would wait for the police to get tired of patrolling the area and then strike. It is rather unfortunate.”

However, Lagos State police spokesperson, DSP Ngozi Braide, called on the residents not to panic, as the police would ensure that the bad eggs were flushed out from Ijeshatedo and its environs just as she advised residents to make use of the police hotlines, which are written conspicuously in every police station and public places.