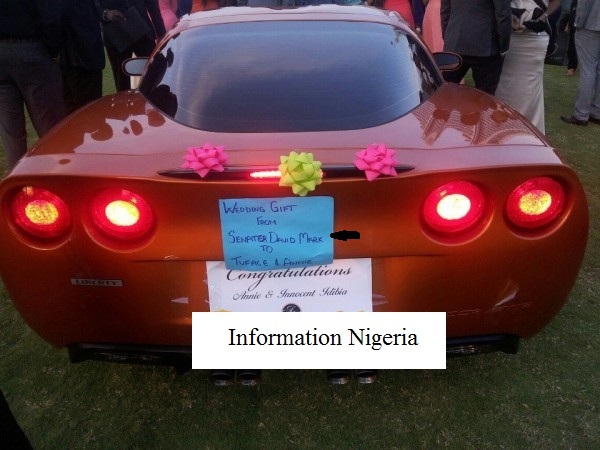 Do you believe in the saying that ‘pictures don’t lie!’ Maybe with the use of the latest digital technology, pictures can be doctored and that is what Senate President, David Mark is perhaps trying to say.

Information Nigeria reported that Tuface and Annie were presented with a brand new 2013 Corvette Coupe sports car (pictured left) by the Senator who also happens to be the singer’s kinsman.

However, the Spokesman to David Mark, Mr. Kola Ologbondiyan has said the allegation is untrue and a calculated attempt to malign the Chairman of the National Assembly.

Senator Mark did not visit Dubai for Tuface’s wedding rather he attended the 128th Inter parliamentary Union (IPU) conference currently holding in Quito, Ecuador. He was also not represented at Mr. Idibia’s wedding. It is also instructive to state that the President of the Senate, Senator Mark, did not make a car donation of any kind to Tuface before departing Nigeria for Ecuador neither did he purchase nor send any car to Dubai as a wedding gift for the musician or his wife. Who made the donation on behalf of the President of the Senate? It is therefore a puerile lie for anybody to state that Senator Mark bought a Ferrari car worth N47m for Tuface. The allegation is wicked, ridiculous and irresponsible.

Special Adviser, Media & Publicity to the President of the Senate David Mark.

What we reported was a 2013 Corvette Coupe Sports Car (pictured below) with a Manufacturer’s Suggested Retail Price of $47600 (N7.5m) not a Ferrari worth N47m as stated by the Senator. 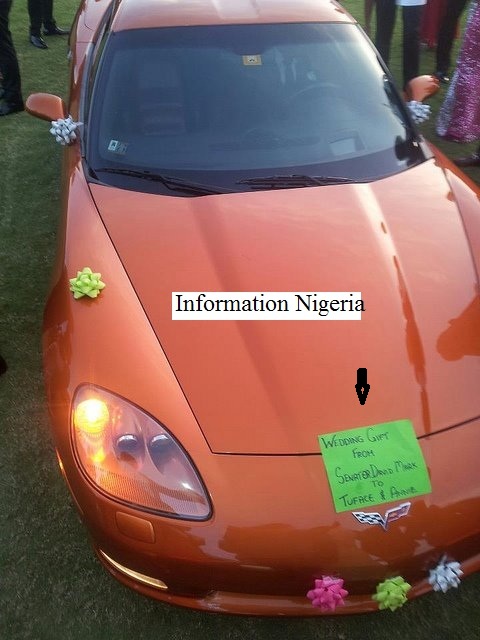 However, David Mark has denied even making a car donation of any kind but the million dollar question is, if he did not make a car donation as claimed, who did and why is his name boldly inscribed as the giver?

Something is just not right but the last has certainly not been heard of this raging controversy.