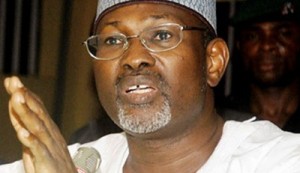 Edo State chapter of the Peoples Democratic Party (PDP) has disclosed that it has instituted legal actions against the Edo State Independent Electoral Commission (EDSIEC) in order to compel it to refund the sum of N100,000 and N50,000 it collected from chairmanship and councillorship candidates respectively as payment for forms ahead of the April 20 local government election in the state.

The Edo State chairman of the PDP, Chief Dan Orbih, who disclosed this at Vugar, headquarters of Etsako Central Local Government Area during the formal kick-off of PDP’s campaign for the forthcoming election, said the money collected by EDSIEC was illegal.

While speaking with journalists, Orbih said, “last week Wednesday, we approached a Benin High Court to file an action demanding that EDSIEC refund the N100,000 and N50,000 they collected from chairmanship and councillorship candidates. We believe that their action is unconstitutional and we are relying on the constitution (Section 106 and 107), which gives no such power to the commission to demand for such money.”