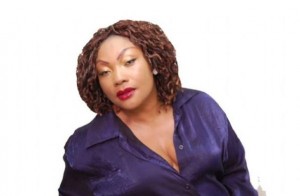 The exit of former Senior Special Adviser on Lagos Liaison, Nkiru Sylvanus from the cabinet of the hard working man of the people, Governor Rochas Okorocha led administration, seems to have opened doors of opportunity for the likes of Eucheria Annunobi who paid the liaison office a courtesy visit recently.

Though, people in the know said that Evangelist Eucheria came to lobby for the vacant position if she could be considered to man it, however, some section of the people in the office said that her intention was without any preconceived notion.

The Nollywood actress turned evangelist, who paid the courtesy call to laud and identify with Governor Okorocha’s governance, was received by the Special Assistant to the state governor on Lagos Liason, Hon. Lisa Asugha.

Speaking, the actress turned evangelist stated that the purpose of her visit was based on the dividends of democracy that is on ground in Imo, which she said was visible after her review on the State; she added that the outcome was overwhelming and that it prompted her to support the government through her partnership that will go a long way into impacting the lives of the people of the State.

“Even a blind person can feel the presence of government in the State. Of course, detractors will criticize but the steer-man in the person of Governor Okorocha is highly determined and focused to move Imo State to a greater height. We will not relent in bringing government to the door steps of our people. How will it work? Through the encouragement of anti-corruption we will get there,” Eucharia expressed.