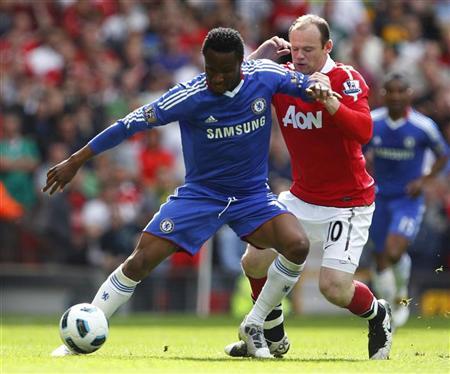 Manchester United on Sunday, let a two-goal advantage slip through their fingers as Chelsea fought back in the second half to force a FA Cup quarter-final replay at Stamford Bridge after Eden Hazard and Ramires scored one goal apiece to draw level.

The 2-2 draw has forced Super Eagles and Chelsea midfield strongman, John Mikel Obi, to declare that United are all but out of the tournament.

Obi, who came on in the second half for Frank Lampard, told MTNFootball, “It was a great comeback, we fought like soldiers. I am happy to be involved in this.

“We have to go back to London and make sure we complete the job by beating them. The match will be tough as usual, but I believe we will be at our best to beat them.”

“We know that what we needed was to get a goal as quick as possible” Obi stated. “Then the second will come with more pressure from us – which we eventually did.

“We came back strongly in the second half with a lot of character and it paid off. That’s what we need do all the time but we need not to be on the back foot next time” he admonished.

“I’ve won the cup four times, winning the fifth this year will be marvellous but we have to get closer by beating United first.”