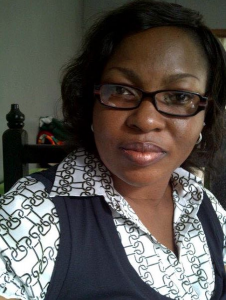 The Nigerian Television Authority, NTA, Akure, Ondo State, reporter, Mrs Olubunmi Oke, who was kidnapped last Thursday, has been released by her abductors.

Reports however reveal that she wasn’t just released, but only after her family paid a N1 million ransom to the kidnappers who dropped her along the Benin Ore Expressway at about 11 p.m, Saturday.

Mrs Oke who had since reunited with her banker husband and six-month-old baby girl has been barred from granting interviews on her ordeal in the hands of her captors.

Sources however revealed that she was driven to one of the Niger Delta states and kept in the creeks by her kidnappers, but she was not maltreated by the kidnappers who also sympathised with her that she is a nursing mother.

It was learnt that the kidnappers initially requested N30 million as ransom but later went down to N6 million and eventually settled for N1 million following appeals from the family of the nursing mother that the baby had been deprived of breast feeding for three days.

The baby’s cry during negotiations it was gathered moved the kidnappers to hasten the process and settle for N1 million.

It was learnt that the kidnappers asked their victim’s husband to meet them at Owo, then Akure when he got to Owo.

He was called about 30minutes after dropping the money as directed by the kidnappers to go to Ore where they said he would find his wife.

Confirming the release of the journalist, Ondo State Police Public Relations Officer, Wole Ogodo, said no arrest had been made, adding that he was not aware that any ransom was paid by the family of Bunmi.

He however assured that the police were on the trail of the kidnappers and would soon apprehend them.