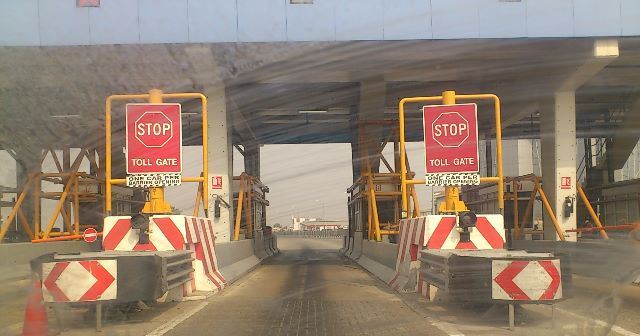 The Federal Government on Wednesday said it would concession the newly constructed Kubwa and Airport roads in Abuja through the introduction of toll gates to make the roads self-sustaining.

The Minister of the Federal Capital Territory, Sen. Bala Muhammed, said this in Abuja after the weekly Council (FEC) meeting presided over by President Goodluck Jonathan.

Muhammed said that N49 billion was required for the completion of the affected roads, adding that tolling the roads would enable FCT to generate more funds for their completion and maintenance.

“Also, we have informed the council that we want to bring concession template on the existing corridors that we have finished with requirement of about N49 billion to complete the project, that is the airport road and the outer expressway so that at the end of the day we will toll them so that they would have been self-sustaining rather than waiting for federal government to give us the money which will shift the goal post for completion of the projects.”

The minister while explaining the concessioning and subsequent introduction of toll gates, said it is a ‘global practice’ and dismissed insinuations that it was anti-people, exploitative and unjustifiable.

“It is a global practice, the city is modelled after Brasilia, with the satellite towns feeding the centre and then we have the service road, any concession has a template, a global indices for concessioning is that we must provide an alternative road for the common people living along the corridor and this is ten lanes, we are just going to toll the centre lanes for purposes of payment, the rest will be free for use and this is what is the global practice.

“Of course, there people who would be in a hurry, they wouldn’t want to use the service lane and that is the idea of tolling, it is not going to impinge on travel time or increase the fare which is part of our KPI to reduce the fare within the FCT and outside.”