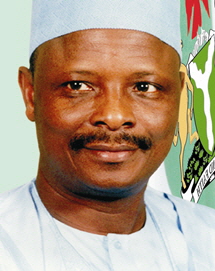 Governor of Kano State, Dr. Rabiu Musa Kwankwaso has contended that the current federal budget is skewed in favour of a particular section of the country, cautioning that this would not augur well for peace and steady national development.

He argued that a lot of the challenges currently facing the country today had to do with resources that are not evenly distributed among all sections of the country, lamenting that even appointments and political patronage were not as balanced as they ought to be.

The governor’s position was contained in a statement signed by his Director of Press, Alhaji Halilu Dantiye on Friday.

His words: “A situation whereby the Niger Delta Development Commission (NDDC) is working for a particular region, a ministry entirely dedicated to serve a particular region and so many resources invested in the SURE-P project and directed towards a particular part of the country is not in the best interest of all Nigerians.”

The governor also asserted that he has consistently raised his voice on the onshore-offshore debate, and lately, the Petroleum Industry Bill (PIB), so that justice would be done by making sure that those parts of the country that have enough are not given priority over the deprived ones.

He advised Federal legislators from Northern Nigeria to strive to ensure that justice and fairness prevailed in the polity in respect of the PIB, which is currently before the House of Representatives, as well as other issues, in order to overcome the challenges facing the country.

The Federal Government, he added, must also work assiduously to ensure impartiality among all sections of the country.

On the security problem in parts of Northern Nigeria, Governor Kwankwaso blamed it on poverty and collapse in family/societal values among others, pointing out that governments and other stakeholders in the region have to do more collectively to address the crisis, so that peace and progress do not continue to elude the region.