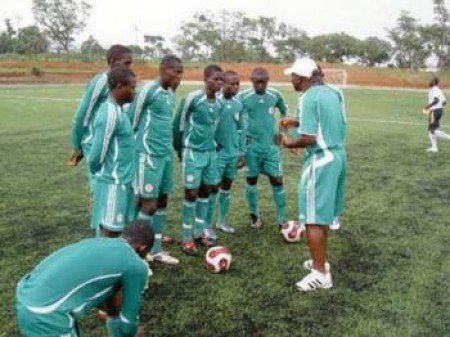 Flying Eagles coach John Obuh has assured that his team will step up their game in the third-place match of the CAF African Youth Championship this evening after they were disgraced 2-0 by Egypt in their semi-finals clash on Tuesday; their second defeat in Algeria.

Obuh’s side clash with Mali again after losing 0-1 to the Malians in their opening game.

“We wanted to win the game against Egypt of course and are disappointed by the outcome on Tuesday” said Obuh.

He however revealed that “The boys are keen to make up for that loss. People are not happy with the results so far, we can take that on the chin but we need constructive criticisms from the fans.

“The match against Mali will be the second time we’ll be playing them in the Championship and this time, we look forward to winning it. We appreciate the concerns of some Nigerians,” Obuh states.

Meanwhile, the Flying Eagles will this weekend know their U-20 World Cup foes after the Orange CAF Youth Championship comes to an end.

The Flying Eagles will be in either Group A,B or D.