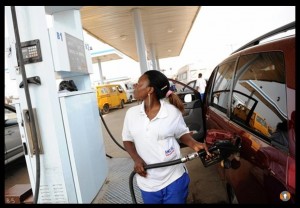 A group known as Nigeria Voters Assembly has warned that the plan by President Goodluck Jonathan to increase prices of petroleum products may precipitate a revolution against the leadership.

The president at the economic summit in Lagos last week had indicated that prices of petroleum products might soon increase, with plans on a total removal of fuel subsidy already on.

In a statement on Monday by its National President and Convener, Moshood Erubami, Voters Assembly said, “Nigeria will rise peacefully to shoot down any move to increase their misery and poverty through another regime of deceptive petrol subsidy removal, in a sense that will make the January 2012 anti-subsidy removal protests a child’s play.

“The recent exposure of the real cabals, who have been living on subsidy as parasites and the quantum of petrol naira that have been personalised and pocketed has made it quite evident that past regime of Nigerian oil subsidy removal was antithetic to the development of Nigerians.

“The current move to withdraw another subsidy is condemnable.

“President Goodluck Jonathan should resist, for once, the current push by his colleagues and agents of international finance bodies, who are known parasites on government, to hearken to the cries of the citizens to deliver service that can transform their lives.”