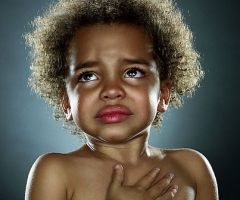 Reports reaching us say a five-year-old girl, Favour (other names withheld), who was allegedly taken from an orphanage by Anambra State Government officials, has been recovered by state police command from a couple based in London, United Kingdom.

However, trouble started when the mother of Favour, one Sandra (surname withheld), who hails from Delta State, started searching for her child and went to the state Ministry of women affairs and social development only to discover that her baby had been sold. Favour, then three years old, was allegedly sold by the director, who thought the mother of the child would not come to claim her child to the couple.

A source disclosed that the Founder of Mary’s Perpetual Help, Mr. Johnmary Ihezue had lodged a complaint that the director connived with a police officer to sell one of the babies under his care, which led to the arrest of the director. “During one of the raids on illegal motherless babies’ homes in the state, we recovered a three-year-old girl in Nkpor. The police handed the girl over to the state Ministry of women affairs for safekeeping, and one day, I received information that the ministry refused to release the girl to her biological mother.

“It was recently that we acted on a petition, which alleged that the ministry had sold the child to a particular couple in London at the cost of N750,000. We intensified efforts to bring the child back.

“We made breakthrough when we established contact with the family that bought the child. They agreed that they bought the child from a director in the ministry and we asked them to bring the child back, which they did as law abiding citizens and the police had since handed over the girl to her mother after investigations and arrested the suspect,” the source disclosed.

It was further gathered that the couple had been on the director’s neck to refund the N750,000 since the child had been taken away, but he allegedly pleaded with them to give him some time to source for another child as replacement.

Meanwhile, when contacted on his mobile phone, the director described the allegation as a mere rumour, adding that nothing of that nature happened.