Home Entertainment Goldie And I Were Supposed To Dazzle Africa At The First Ever...
Facebook
Twitter
WhatsApp 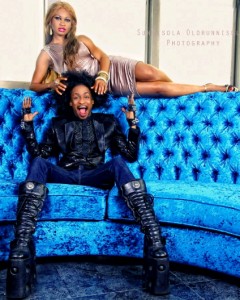 Channel O’s Denrele Edun is set to host the first ever Africa Magic Viewers’ Choice Awards on Saturday, March 9. Red carpets belongs to Denrele, he handles red carpet sessions well, but Saturday’s session will be different; he is missing a true friend who he’d have loved to have with him on this day.

For a lesser man, we’ll watch him make many mistakes on the red carpet; say something wrong to a star, ask irrelevant questions, or even start a fight off camera-that’s how hard it is to lose a friend, a very close one. But if there is anything I know about Denrele, it is handling pressure well. The emotional pressure won’t weigh him down, rather he’d be as energetic and eccentric as ever.

Denrele tweeted last night in remembrance of his departed friend Goldie who he will miss at the event. “Goldie and I were supposed to dazzle Africa at the first ever #AMVCA happening tomorrow but gurl, Im reppin for u by hostin d Redcarpet LIVE!”

Denrele sure won’t be looking pensive despite missing his best friend, but fans can expect a great hosting born out wanting to do more than he usually does in respect of Goldie who could have been around if the cold hand of death didn’t take her away. 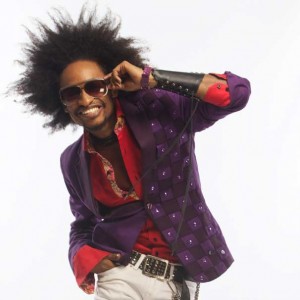 The awards, hosted by Big Brother’s IK Osakioduwa and StarGist leading lady Vimbai Muntinhiri kicks off at 7:00 pm, in Lagos.