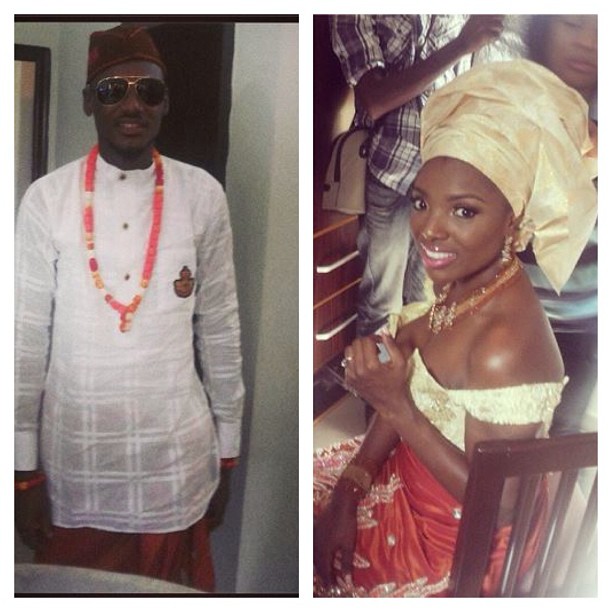 On Friday, 8 March 2013, Tuface Idibia and Annie Macaulay were joined as man and wife in a talk of the town traditional wedding ceremony that held at Apostolic High School, Esit Urua Community, along Eket-Ibeno Road of Akwa Ibom state.

The wedding was a success no doubt and a reference point but the news that Akwa Ibom state governor – Godswill Akpabio – donated two brand new SUVs to the couple is setting tongues wagging.

An obviously elated Akpabio who arrived the venue around 5:20 p.m. in the company of Senators Helen Esuene and Aloysius Etok, announced to the couple and in the hearing of all present that, “On behalf of the government and good people of Akwa Ibom State, I have decided to donate two brand new Toyota SUVs to the couple,” and that was not all as he continued, “Also 29 Akwa Ibom delegates will join the wedding which is billed to come up in Dubai.”

And to crown his promises up, Akpabio also promised to rehabilitate the Eket-Ibeno Road ahead of the child dedication of Tuface and Annie.

Meanwhile, a star-studded wedding and honeymoon has been scheduled for faraway Dubai, United Arab Emirates on March 23.