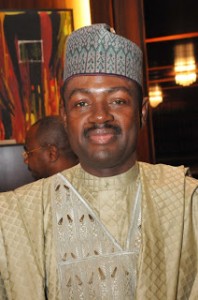 Information Minister, Mr Labaran Maku, has spoken on the progress the government is making towards fighting terrorism in the country. The minister also spoke on the contribution of citizens towards seeing that this menace becomes a thing of the past.

Speaking to the press shortly after a Federal Executive Council (FEC) in Abuja, on the security challenges facing the country, the minister said his ministry had done a lot to create awareness across the country and sensitize Nigerians on security consciousness. He explained that following a meeting of the National Security Council last year, a template on security awareness has been embarked upon by all states.

According to him, “The overall objective of terrorism is to bring down government and scare Nigerians. The agenda of the group is anti-Islamic. People everywhere in the North are suffering. But our efforts have showed Nigerians the impact of terror on the northern economy. That has exposed terror for what it is today. Most stakeholders in the North are joining the debate,” he stated.

He continued: “Today Christians and Muslims are not fighting as government has de-escalated terrorism. Most of the fight against terror, particularly in Kano involves people of the communities. The ministry also did a little campaign in the communities between Dadin Kowa and Bokkos in Plateau State. Now both Christians and Muslims are working against elements of terror.”