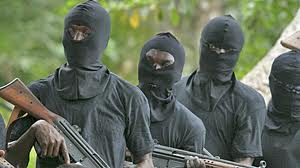 Unknown gunmen last night stormed a government-owned secondary school in a community near the troubled town of Zonkwa, in Zangon Kataf Local Government area of Kaduna State – the school’s name was given as GSS Fadan Kaje.

The gunmen upon arrival in the school compound, started shooting sporadically as they advanced towards one of the hostels, resulting in many confused students getting injured as they tried to flee to safety.

Nobody was reported to have been killed as armed soldiers on arrival at the scene, chased the gunmen who escaped into the nearby bush.