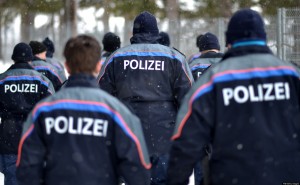 Swiss police have arrested a self-styled healer after he stopped attending a trial where he stands accused of infecting 16 people with HIV using acupuncture needles.

Swiss police said on Friday that they stormed the home of the 54-year-old man, who had barricaded himself inside, was armed with a knife and had issued repeated threats. An unidentified woman with him was also arrested.

The man had been free on bail since August. His trial began on March 6, but he stopped turning up in court on Thursday.

The case came to the attention of the Swiss authorities after an HIV-positive patient told a Berne hospital he had traced his infection back to acupuncture treatments carried out by the accused. The man has denied the charges.

According to Swiss media, the majority of the infected individuals were students of a music school run by the man, who also ran an acupuncture practice.

In accordance with Swiss criminal proceedings, the suspect’s identity has not been released. [Reuters]