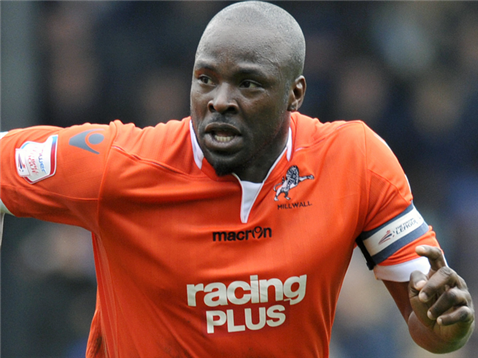 Defender Danny Shittu who sensationally declined the call to be part of coach Stephen Keshi’s squad that won the 2013 Africa Cup of Nations in February, has revealed that he would still love to play for Nigeria if given a call up by the coach.

“I got a call up and had no time to get ready, I’m a father of four and I have to put things in place before I could dash for the invite,” the bulky Millwall defender said.

“It was so close and time did not permit me but I have no regret for not being part of the team to this year’s Africa Cup of Nations. I was actually overjoyed at Nigeria becoming African champions again. I remain ever ready for Nigeria even when I don’t play for Nigeria, I support my country,” he said.

“If I’m called up like I said I haven’t retired and I will never stop playing for Nigeria. I’m always ready for the country.”

On the Super Eagles 1-1 draw against the Harambee Stars of Kenya last weekend in Calabar, Shittu said the Eagles could upturn the result in the return leg taking place in Nairobi in June.

“Well, it’s a game Nigeria has to try and win. I believe we still have possible chances of qualifying,” Shittu concluded.