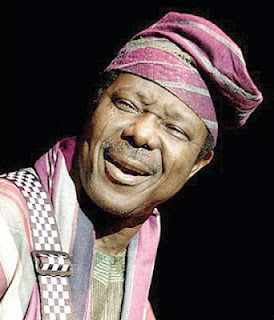 Juju music maestro, Mr. Sunday Adeniyi, aka King Sunny Ade, has set his eyes on the world’s most prestigious music prize – The Grammy Awards – and said he would not quit music until he wins it.

KSA, as he is popularly called said this yesterday at a roundtable organised by the League of Veteran Journalists, Oyo State branch.

KSA who has been nominated for the Grammy Awards twice in the past, agreed with Professor Olawale Albert, Director,  Institute for African Studies, University of Ibadan that if Nigerians wanted him to win the award, it would not be impossible adding  “a prophet is without honour in his own country”.