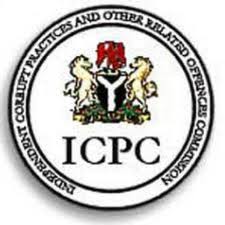 The Independent Corrupt Practices and other Related Offences Commission (ICPC), has made it known that a toll-free dedicated line was being put in place to enable Nigerians easily reports corruption cases. This is part of efforts by the commission to encourage Nigerians to engage in electronic communications that would support its ongoing war against corruption.

ICPC Chairman, Barrister Ekpo Nta, made this known when he appeared on a live Africa Independent Television (AIT) programme in Abuja; he said that the agency was ready to engage all stakeholders in communication and other information-sharing platform in its efforts to sanitise Nigeria from the embarrassment that corruption has caused the country at domestic and international levels.

Asked to clarify the ICPC’s position on some agencies including civil society organisations that are creating anti-corruption communication channels to support the war against corruption, the ICPC boss said the Commission was fully aware of their activities and was prepared to support as many such agencies that would join forces with it to curb the menace of corruption in the society.

He explained: “We are very much involved in what the civil society, like the SERAP you mentioned, are doing. Not only SERAP, you have the ‘Egunje’, if you google ‘Egunje’, you will find it. You also have ‘I Paid Bribe’ where you can send these anonymous tips, if you wish to, about those you feel are abusing the system and I have a dedicated officer who checks that on daily basis. We encourage that.

“When I had a meeting with the students of the University of Ibadan, we encouraged them to send electronic messages; you know the smartphones that we all carry around, they are really smart phones. They can record ongoing conversations and pictures [and send] to us. We have also put in place a toll free number so that even if you don’t have credit on your phone [you can] call us. We are just fixing the machines so that any time you call there will be an answering machine to pick it up, even late in the night…”