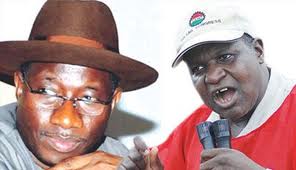 Organised labour on Wednesday warned President Goodluck Jonathan against another petrol price hike as it would deepen the suffering of several members of organised labour and  other Nigerians who are not  part of  “the affluent middle class .”

Jonathan, had at a Nigeria Summit in Lagos on Tuesday stated that his administration would still remove fuel subsidy after due consultations with Nigerians but the Nigeria Labour Congress, NLC, said that even though it did not know the form the consultations the President spoke about would take, it maintained its stance that fuel price increase was inimical to the well-being of Nigerians.

However, Labour said that its opposition to fuel subsidy removal could only change if Nigerians took a decision to embrace suffering.

“We  have a subsisting position on the issue of the removal of the fuel subsidy. Our position is that the issue of fuel increase is something that Nigerians cannot live with; The President should drop it” Deputy President of the NLC, Chief Promise Adewusi said.

“We do not know the mode of the  consultations that the Federal Government  intends  to take. However, unless Nigerians decide to swallow hardship, then it could happen. Our  disagreement is not just to disagree but because of our members, and other Nigerians who we feel will suffer from  an increase in fuel price.

“They want to consult with Nigerians; and you can see that they are going beyond labour.  Let us wait;  maybe  there is going to be a referendum or a plebiscite so that it would not be as if you are fighting the removal when the people you are fighting for are supporting it.

“Let us wait for the modality for the consultations.