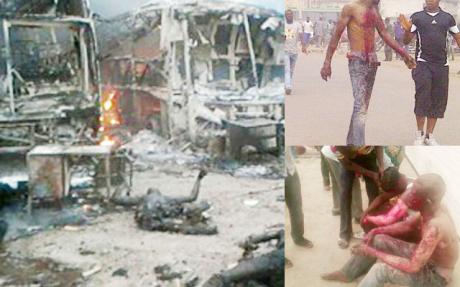 Igbo Youths under the aegis of the Igbo Youth Network on Sunday sent a Save-Our-Souls  (SOS) message to the Federal Government to prevent further killing and destruction of property in parts of the country.

The group described as senseless, the murder of Igbos by criminals masquerading as Boko Haram in parts of Northern Nigeria.

The youths sent the message at a news conference in Owerri on the recent killing of Igbos and other Nigerians living in Kano. Speaking through their leader, Mr Cletus Amaraegbu, the youths said that the killing and maiming of innocent people by the Boko Haram group had become worrisome.

They claimed that since the advent of the Boko Haram in 2010, Nigeria had lost over five thousand lives, majority of them Christians and Igbos.

The group noted that the Igbos had kept silent since the emergence of the sect but might not continue to keep quite given the latest incident on March 18. They called on government and the security agencies to come up with a workable plan on how to protect the lives and properties of Igbos and other Nigerians everywhere in the country.

The group demanded that at all the fingered sponsors of Boko Haram should be revealed and brought to book to face justice.

They also called on the Federal Government to convene a national dialogue to discuss the future and peaceful co-existence of Nigerians. The group warned that further killing of Igbos in the North would be unacceptable, saying that the victims of the Kano killings should not be given mass burial.

“On no account and under no circumstance should the body of the victims be buried in the North. They should be buried in their home soil, according to Igbo tradition and culture.”

The network threatened to sue the Federal Government at the International Court of Justice if their plea was not granted.

Information Nigeria learnt that the group would stage a peaceful demonstration on March 25 in Owerri to voice their anger.

The Network is made up of the Igbo People’s Initiative, Igbo Rescue Mission and the Bilie Human Rights Initiative.