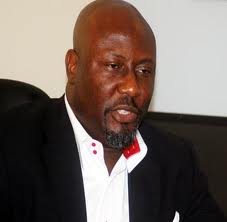 Former member of the House of Representatives and founder of Anti-Corruption Network (ACN), Otunba Dino Melaye has blasted his former colleagues for moving a step closer towards enjoying immunity – a bill towards this purpose scaled second reading Thursday during plenary.

According to Dino, “The immunity for legislators as proposed by the house of reps is a wicked and satanic agenda aimed at legalization and promotion of corruption. This amounts to buying bullet proof vehicle for armed robbers.”

Dino while expressing the mood of most Nigerians which favoured removal of immunity for all public office holders currently enjoying it said, “Our legislators are trying to take us back to the Stone Age. We are saying governors,president and Vice President should not have immunity, if you don’t intend to steal, you will not be afraid of the removal of immunity clause.

“The house of reps must as a matter of immediate urgent importance, discard this thoughtless idea that is not only selfish but myopic. Any attempt to go further will meet the resistance of the common masses that have been pushed to the wall already. Our legislators should face obsolete, draconian and analogue laws that need modern and digital touch to meet the technological and social demands of recent time. We say NO. Try us and we shall occupy NASS” he declared.