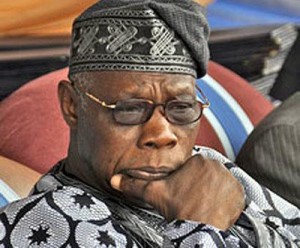 Former president, Olusegun Obasanjo, has blamed the nation’s poor agricultural growth on inconsistent policy of past governments. Obasanjo said new administrators would prefer to change government policies rather than build on existing legacies.

Obasanjo made this known during a television programme entitled: “Critical Factor” shortly before the 16th Agricultural and Rural Management Training Institute (ARMTI) annual lecture in Ilorin. He however called for continuity in policy implementation for the sustainability and development of the agric sector.

His words: “We have men and women endowed to bring up a change… When policies are brought out, it’s being implemented by a particular ministerial administration, institution administration or even governmental administration, somebody comes and wants to do a new thing. And you hear for the first time ever as if nothing has happened before.

“They tend to have forgotten or wiped out the memory of people. If we have suffered that before, then we have suffered it more in agriculture,” Obasanjo said. The former Head of State identified need for enlightenment and sanctioning of erring personnel. Also, speaking on projected increase of the world’s population to N9 billion, he advised Nigerian leaders and decision makers to start thinking ahead of time.