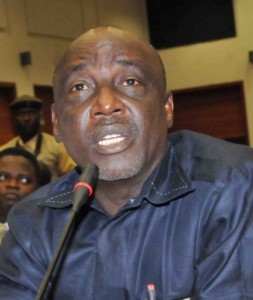 The Federal Government, through the Minister of Interior, Comrade Abba Moro, has explained its silence over the reported killing of seven expatriate Setraco workers abducted in their camp in Bauchi State on February 16 by the Ansaru Islamic religious sect, saying that it is yet to receive details of the incident.

Comrade Abba Moro told State House correspondents in Abuja that government was yet to confirm the killing incident as it was yet to receive detailed briefing on it, adding that he would confirm from the Attorney General of the Federation and Minister of Justice, Mr Muhammed Adoke. He noted that the Federal Government did not want to go into hasty decision in commenting on the killing of the hostages.

“And since the relevant agencies of government are engaged in investigation to first of all confirm the circumstances of those hostages, I felt that it is premature to go and engage in speculations and running into wrong conclusions or premature conclusion…And so as unfortunate as the situation is, I advise that Nigerians and members of the international community should remain calm and when investigations are concluded, the Federal Government will have the courage to tell the people the true position of things.

“Don’t forget that it involves lives, it also involves national security and because they are foreigners, it also involves some diplomatic issues. So they are not issues that you can just prematurely jump into conclusion and tell the world half truths. And that position, which I will continue to maintain is a responsible position of any responsible government.”