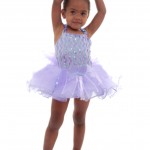 Recently I went to a children’s birthday party and I observed a trend. Since the event lent itself to having a very large presence of children it was all the more noticeable that most spent there heads faced down towards their laps. Yes, I would put my hand on my heart and say at least 80% of children between the ages of 6 and up were engaged in focussing at some stage on a handheld device (mobile) or portable laptop (Ipad  or android).

I sat at the end of a long table with around 6 teenagers at the other end. I was fascinated to observe the teens sitting absolutely silent, the only indication that anyone was sitting within close proximity to us was that the table top was vibrating from their cell phones and the occasional giggle from something apparently on the screen. None spoke with each another, they seemed oblivious of one another’s presence. It was as if each teen were on an island just staring down at their handheld device.  They were social networking (I am sure). These children were more interested in the next text or incoming message  flashing lights of the  ‘BBM or ‘Instagram!’  Both of which far outweighed and took priority over enjoying the party or celebrants expensively laid on bouncy castle and mascot entertainment.

Staring at screens is passive and non-productive time and in the case of the teens described above, ill mannered and detrimental to relationship building. I am supportive of necessary mobile phones (just to make or receive phone-calls), television time and computer time. but not as a substitute for human interactions. Psychologists note that for proper cognitive development children; must stay occupied with activities that grow their brains. A child’s brain is not fully formed until 21!

My amazement is to the parents that boast or brag and say things like. “Guess what my 2 year old wants for their birthday, Ipad 5!”Who is fuelling this phenomenon? The child, parent or societal influences (or all)?

When my children were growing up in the early 90’s, I made a concious decision that the handhelds only come out on school holidays and for a timed duration. None of which were bought before they were 10 years old. Nowadays, children as young as 2, yes 2 years old, have an expensive gadget (bought by proud parents or well-wishers).

Please be mindful of your child’s creativity when buying or allowing them to indulge or spend too much time in ‘face towards the lap activities.’

Any adult, whether a parent or not, should assess the impact of not monitoring the usage of such gadgets. It may be happening or hip to have a child that is ‘packed with gadgetry’ but it is unhealthy. Children’s brains are not fully formed they need you as the adult to distinguish between those behaviours that have a negative impact and those that have a positive impact.

Allow your child to engage in character building programs, arts and crafts, dance, stage and music classes,  generally any  positive activity should be encouraged and embraced.