Home Metro News It is not only in banks that we have thieves, they are...
Facebook
Twitter
WhatsApp 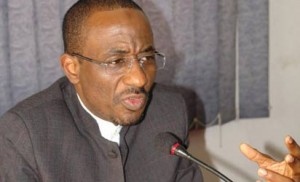 Contrary to recent reports, Central Bank of Nigeria (CBN) Governor, Mallam Lamido Sanusi, has said the highest the nation’s external reserves had ever attained was $62 billion during Musa Yar’ Adua administration and was never $67 billion as is being currently speculated.

Speaking at the Metropolitan Club Forum in Lagos on Tuesday, Sanusi explained that the raging controversy around the external reserves was needless, stressing that governments all over the world resort to spending part of the reserves when the need arise: “You save money when prices of oil is high and you spend when price is low. It is part of the excess crude account that we use to finance the oil subsidy,” he said.

Meanwhile, on the transparency and accountability surrounding the spending of the external reserves by the government, the CBN boss said the apex bank is working with the ministry of finance to block all the leakages in the system.

He identified corruption as one of the major problems facing the country, stating that the sanitization exercise in the banking sector should be replicated in other sectors to have a sound economy: “We must join hands and fight corruption in all strata of the economy. It is causing distortion and destruction to the economy. We fought it in the banking sector and we can all see the positive results. However, it is not only banks that we have thieves. They are everywhere. So other sectors should follow the CBN example,” he advised.