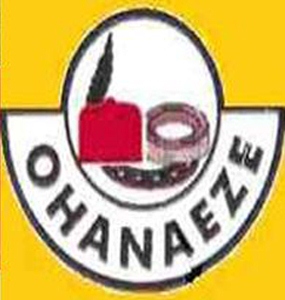 The pan-Igbo socio-cultural organisation,  Ohanaeze Ndigbo,  has said that it can no longer guarantee peace in the eastern part of the country following the  continued killing  Igbos in some states in the North.

The group was reacting to Monday evening’s bombings in Kano State which appeared to target Nigerians of Igbo origin.

In a statement by its Secretary General, Dr. Joe Nwaorgu, Ndigbo said “We roundly condemn the sponsors and perpetrators of the continued cold blooded murder of fellow Nigerians. The Igbo nation is taking the heaviest toll on the casualty list and Ndigbo are grossly pained by this organised pogrom on her people.

“Ndigbo cannot continue to bear this unnecessary and unprovoked loss of  their  blood. Patriotism is just not enough. Keeping our restive youths calm has been an onerous job and only God has helped thus far. We can no longer guarantee the civil response of our people in a country that has become one huge slaughter house.

“The Federal Government must convince the people, especially Ndigbo, that they are safe in Nigeria. Meanwhile, Ohanaeze state chapters are to compile the names of all those affected in the bomb blasts.

“Let’s act fast. However, as a reminder, no tribe is essentially completely made up of cowards and Ndigbo are certainly no cowards.

“Need we remind these murderers that no ethnic group has the monopoly of violence? A final position will be taken in due course after due consultation with Igbo leadership.”

Meanwhile,  Ndigbo has appealed to its youth wing  to remain calm while awaiting  President Goodluck Jonathan’s reaction to the latest “dastardly” act. It advised  that in the future, “ Islamists fundamentalist  murderers must be tackled with the same ruthlessness with which they destroy lives.”