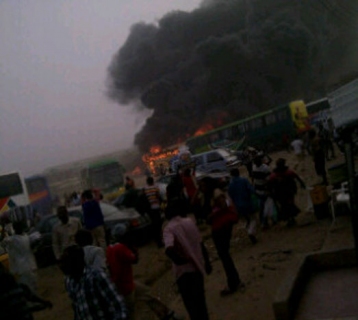 The Christian Association of Nigeria in the 19 Northern States and Abuja has reacted to the killing of over 60 persons Monday evening at a motor park in Kano, saying it exposed the hypocrisy of those canvassing amnesty for Boko Haram members.

The Christian body’s Public Relations Officer, Mr. Sunny Oibe, who stated this in an interview alleged that 90 per cent of politicians in the North were members of the sect.

He said, “We commiserate with families of the people who lost their loved ones and they should take solace in the God, who is going to fight on their behalf.

“The latest attack has exposed the hypocrisy of the people calling for amnesty for Boko Haram members. It is surprising that they are demanding amnesty for people, who have been killing innocent citizens on daily basis.

“We are sad about it and the latest attack goes to show that they are not ready for any ceasefire. All the people calling for amnesty are part of these problems because they are shielding these people and almost 90 percent of core northern politicians are members of this Boko Haram.”