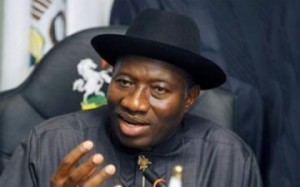 Diepreye Solomon Peter Alamieyeseigha was governor of Bayelsa state between 29 May 1999 and 9 December 2005; during which he filled his accounts with state funds, and bought properties for himself with money meant for the masses.

On July 26, 2007, Alamieyeseigha pled guilty before a Nigerian court to six charges and was sentenced to two years in prison on each charge; however, because the sentences were set to run concurrently and the time was counted from the point of his arrest nearly two years before the sentences, his actual sentence was relatively short. Many of his assets were ordered to be forfeited to the Bayelsa state government.

According to Alamieyeseigha, he only pled guilty due to his age and would have fought the charges had he been younger.

On July 27, just hours after being taken to prison, he was released due to time already served.

In April 2009, Alamieyeseigha pledged a donation of 3,000,000 Naira to the Akassa Development Foundation.

In December 2009, the federal government hired a British law firm to help dispose of four expensive properties acquired by Alamieyeseigha in London. Alamieyeseigha had bought one of these properties for £1,750,000.00 in July 2003, paying in cash.

Diepreye Solomon Peter Alamieyeseigha used it as his London residence, and as the registered office of Solomon and Peters Inc.

On June 28, 2012, the United States (US) Department of Justice (DoJ) announced that it had executed an asset forfeiture order on $401,931 in a Massachusetts brokerage fund, traceable to Alamieyeseigha. US prosecutors filed court papers in April 2011 targeting the Massachusetts brokerage fund and a $600,000 Maryland home, which they alleged were the proceeds of corruption. A motion for default judgement and civil forfeiture was granted by a Massachusetts federal district judge in early June 2012. The forfeiture order was the first to be made under the DoJ’s fledgling Kleptocracy Asset Recovery Initiative.

Sadly, on 12 March 2013, Alamieyeseigha was pardoned by President Goodluck Jonathan, but his pardoning was criticised by many Nigerians and foreigners alike. Transparency International urged President Jonathan to reverse his decision, while the United States government sent its view through the country’s embassy in Nigeria.

The US embassy made its position known via Twitter; @USEmbassyAbuja: The #USG is deeply disappointed over the recent pardons of corrupt officials by the GON. #Nigeria.

Someone will argue why people aren’t complaining about the others who were also pardoned, but the truth is people only focused on the most ridiculous and the most shameful…

The presidency says Alamieyeseigha was pardoned because he showed true repentance…

Do you think he deserved the presidential pardon he got? How do you think this has/will affected/affect the country’s image internationally?