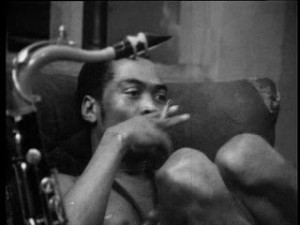 For the fifty-eight years he lived on earth, the Fela Kuti mystique kept the world on the edge of their seats. There was always something out of the ordinary in everything he did. From the rebel streak in him, which was constantly dramatised, to the zombifying lyrics in his music, which constantly gave successive Nigerian military governments the jitters, and, of course, his harem of wives, which exaggerated his machismo, Fela Kuti symbolized a cat with nine lives, and, certainly, a cat that touched many lives in Nigeria and beyond.

If you think you have heard everything about the Afrobeat maestro, who, contrary to his parents’ advice for him to study medicine in London, chose to study music at the Trinity College of Music, you could just be like a nitwit whose idea of scientific grandeur is only limited to the gigantic Egyptian pyramid.
Needless to say, you need to read the latest book on Fela, Kalakuta Diaries, written by his erstwhile PRO, Uwa Erhabor, presented to the public early this week at the Nigeria Institute of International Affairs, Lagos.
Unlike other books on Fela that has dwelled on his stage performances, interpretation of his lyrics and political activism, Kalakuta Diaries recounts the untold story of life in Fela’s Kalakuta Republic, his symbolic free world, where those in military fatigue weren’t welcome and even some sane citizens could be charged for jaywalking. Kalakuta Diaries tells stories of the seamy side of life in Fela’s iconoclastic home and lot more.
z
It could be outlawed elsewhere, but smoking of weeds wasn’t in his republic – of course he prefers to call it “African grass” – and if you couldn’t charge cows and goats for grazing on grass, why should you charge Fela for feasting on nature’s grassy environment?
That was his contention, but the Nigerian government didn’t just buy into his grassy defence. Marijuana has been outlawed in Nigeria for many decades, and Fela wasn’t to be treated like a scared cow. On many occasions, the minions of the law were after the Afrobeat king, and the lead-up to his arrest and arraignment in court was always melodramatic.

Don’t forget, no Nigerian soldier, soon after it was released, loved his song, Zombie. The song’s lyrics of ‘Zombie no go unless you tell am to go/ Zombie no go stop unless you tell am to stop’ was a scathing commentary on their soulless lives and that of total submission to the military command – to maim and kill without compunction. On one particular occasion, a group of soldiers, led by the late Major General Musa Bamaiyi, was nosing about in the Kalakuta Republic to get a whiff of him smoking marijuana in order to arraign him and possibly put him behind bars.
That opportunity came when the cops caught him red-handed one day with a mould of marijuana. To them, that was it: the maverick musician would soon be cut out from the world and, therefore, wouldn’t trouble anybody anymore or serve as a negative influence on the youths.

But Fela could play the James Bond sometimes, and so he did. Aware that catching him with prohibited marijuana was too empirical an evidence to be condoned, Fela instantly swallowed the stuff. The cops were perplexed by his brazen attitude, beat him up and whisked him away to the dreaded Alagbon police station. But another drama was yet to unfurl. The police and the nation waited for Fela to defecate the swallowed marijuana, but he didn’t twenty-four hours later.
If only he could do that, thought the police, it would be an incriminating evidence to nail him. Aware of that possibility, Fela’s mum, the late Funmilayo Ransome Kuti, decided to take over preparation of his food in detention. Cleverly, she fed him with vegetable soup with little garri thrice a day, and, on the third day, Fela eventually defecated, but no marijuana was detected in the faeces! What was the miracle?

His daily ration of vegetable soup had dissolved the marijuana. Thus, Fela was let go. This and other weird stories are contained in the new book. “In my 31 years of legal practice, Fela has been one of my most wonderful and intelligent clients,” said his former lawyer, Femi Falana (SAN), at the launch of Kalakuta Diaries. “He was one client who deliberately committed criminal offence and his cases were the toughest yet easiest to handle, because he would make it easier for you.”
It sounded incredible yet true that Fela had no house of his and a car before he died, said Falana, who also revealed that he didn’t leave behind riches but integrity. The new book was sponsored by Chief Rasheed Gbadamosi, who said he had to do that, because “anything on Fela is an automatic ‘yes’ from me.”
Speaking at the book launch, he recounted how he met Fela the first time as a university student in the UK in the 1960s and fell in love with his music. “When we were bored in our days as students in the UK, we always found consolation in Fela’s band and we felt nostalgic about Highlife music in Nigeria.”
He also disclosed that, on his return to Nigeria in 1969, Fela’s Afrobeat music took over him. If we want to break the stereotype about Nigeria, Promasidor’s MD, Kim Roland, the chief launcher at the vent, said we have to write more books like Kalakuta Diaries, because Nigeria has limited written history about it and its peoples.

For Yinka Odumakin, the greatest wealth anybody can leave is integrity and a good name and those behind to take after him, and Fela, he said, was a genius in that regard.
The author of the book, Erhabor, said it was saddening that people in the western world have to remind us how great Fela was before we begin to celebrate him. Vouching for the contents of the book, Fela’s son, Seun Kuti, said, though some of the things in the book sound exaggerated, they are real, indeed. More than two decades after he died, Fela’s music has continued to capture the imagination of the world, not just because of its twang of resistance but in its powerful lyrical dancing effects.

Fela, as an undergrad in London, formed his first band, Koola Lobitos, which invented Afrobeat music, a variation of Highlife music that fuses jazz, funk, rock and traditional African rhythms and chants. A non-conformist, contrary to pop music norm, many of his songs last more than 20 minutes and his live performances, which he dubbed the “Underground Spiritual Game” was the epitome of showmanship.
Following the release of Zombie album, Nigerian soldiers invaded the Kalakuta Republic, beat him mercilessly, burnt his studio and destroyed his instruments and master tapes, killed his mother, as well. Never to be intimidated, he wrote two nasty songs “Coffin for Head of State” and “Unknown Soldier”. He soldiered on till the end in 1997