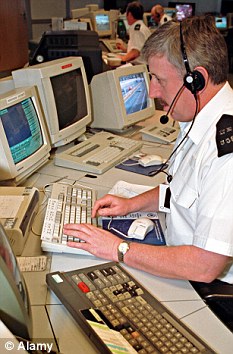 A 53-year-old man claimed he dialled 999 over 100 times on a daily basis so he would be produced in a court and deported.

The Pakistani said he hit upon his scheme after being rendered an illegal after 30 years in Dubai and having lost all hope of securing a job. He said he was broke and couldn’t afford a ticket to return to his home country after losing his job at Dubai Police, where he had worked as a calligrapher for 16 years.

Prosecutors accused the defendant of abusing telecommunication services provided by etisalat and disturbing the authorities [Dubai Police] by logging more than 100 calls on the emergency number on multiple occasions.

“It was my only alternative because I wanted to be deported and fly back home,” the Pakistani told Dubai Misdemeanour Court, surprising even the judge and drawing smiles on the faces of those present in courtroom nine.

The suspect testified that every time he called Dubai Police’s Operation Room and someone answered his call, he asked to be deported. “I dialled 999 for no valid or urgent reason in order to be taken to court and deported. That was why I decided to call them repeatedly until they sent me back home; I was jobless and didn’t have any penny to buy a return ticket. They constantly ordered me to stop calling them failing which they would issue an arrest warrant in my name… and that was exactly what I wanted them to do,” R.S. told prosecutors.

The defendant admitted to the police while he was questioned that he never placed a call with the purpose of reporting a crime or emergency.

“I came to the UAE more than 30 years ago and worked in Ras Al Khaimah for 15 years; then I moved to Dubai and worked as a calligrapher in Dubai Police for nearly 16 years. I was sacked and had my residency cancelled because I was absent for several days. I couldn’t find a job, my visa expired and I don’t know where my passport is. I intentionally disturbed the police to be deported back to Pakistan,” R.S. said.

A verdict is due in the case on March 19.