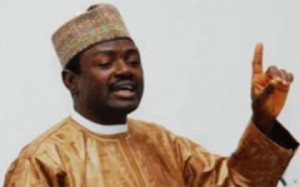 Information Minister, Mr Labaran Maku, has noted that the military should be held responsible for the myriad of problems currently facing the country. According to Maku, if the military had not interfered with governance, the country would definitely have been better than it was.

The minister made this known when he received members of the National Coalition for Good Governance. According to him, the nation, for about 30 years, had a system of government that was not amenable to steady planning and development, except the regime of General Yakubu Gowon.

He however noted that the last 13 years recorded unprecedented improvements, better than the years of the military. He then expressed confidence that elected governments would always do better than those that were never responsible to the people, adding that the country had begun to witness evidence of competition among states in terms of development.