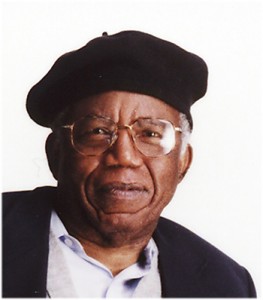 More than a week after the death of Africa’s foremost novelist, Chinua Achebe, his mother’s family said they were not aware of his passing.

Chief Ifeanyi Iloegbunam, a spokesman of the Ilewu family in Umuike Village in Awka, where Achebe’s mother was married from, told Saturday PUNCH on the telephone that though the family was aware of the news of the death of the writer, the formal transmission of the news to the family from Ogidi, Achebe’s hometown, had not been done.

Iloegbunam, who said he was out of town, promised to speak more when he returns to Awka.

A paternal niece of Achebe, Mrs. Jane Umeanor, also told Saturday PUNCH that she was not aware if the Achebe family in Ogidi had gone to Awka to inform his mother’s people about the passing of the professor.

The President General of Ogidi Union, Dr. Eric Obiako, had told Saturday PUNCH that he would not speak yet on the death until the formal briefing from the family had been done.

It was gathered that because Achebe was a title holder in Ogidi, his children would have to first inform the town about the death before any announcement could be made to other people.

His children will also need to go to his mother’s family to formally inform them of the death of their father before they would be involved in the burial arrangements.

In the meantime, the immediate family of the deceased were still in the United States as at Thursday when Saturday PUNCH visited Ogidi.

The head of the Achebe family was said to be resident in Enugu, and had not come home to receive visitors. Both Achebe’s country home and the family home had yet to be opened to mourners.

In fact, Chinua Achebe’s house was securely locked and there was no sign of anyone in it.

Achebe had once said that it was a twist of fate that he had the accident that paralysed him for the rest of his life at Awka, the hometown of his mother.

Meanwhile, the delay by the immediate family of Achebe in formally relaying his death to the appropriate traditional authorities in his hometown, Ogidi is hampering arrangements for his burial.

Saturday PUNCH confirmed from the leadership of the Ogidi Development Union and the Anambra State Government on Friday that the immediate family of Achebe, which is still in the United States where he died, has yet to formally transmit his death to the town union and the state government so that they could begin to make arrangements for his burial.

The President General of the Ogidi Development Union, Dr. Eric Obiako, told Saturday PUNCH that there was no burial arrangement on the ground.

“There is nothing being done yet. The family is yet to brief us, so we cannot go ahead to make any arrangements,” he said.

The Anambra State Commissioner for Information, Culture and Tourism, Chief Joemartins Uzodike, told Saturday PUNCH that as soon as the family notifies the state government about the burial plans, the government would take over from there and publish it. [Punch]