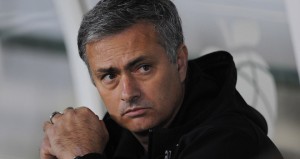 Real Madrid manager Jose Mourinho, has dropped a strong hint that a return to Chelsea, where he spent three successful years, might just be on the cards.

The Portuguese looks set to quit the Spanish club at the end of the season, after falling out with players and members of the board and has always said England would be his next destination.

In an interview with the UK Sun, the former Inter Milan and Porto boss said: “Everyone knows I have an adventurous spirit.

“It’s not easy for my family. We’ll see what happens. After England, Portugal, Italy and Spain, it’s not easy to find a new destination.

“It could be a destination where I have coached before. There are things that may be about to happen no one could imagine.”

Chelsea’s interim manager, Rafa Benitez, has already confirmed that he will leave at the end of the season, leaving Mourinho a strong favourite to make a return to Stamford Bridge.