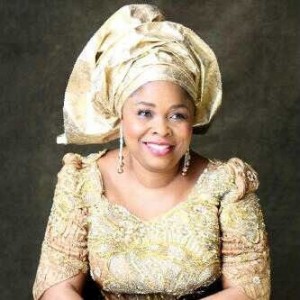 As the N4bn proposal for the construction of First Lady’s Mission House in Abuja continues to generate controversy on the national scene, Entertainment Express spoke with a cross-section of entertainers who described the budgetary provision as illegal, corrupt and unpatriotic.

They berated the Federal Capital Territory Administration for budgeting N4bn for the construction of First Lady’s Mission House in Abuja, while also advising the Goodluck Jonathan administration to desist from profligacy by taking the issue of governance very serious.

How long is it going to take Nigerians to know that the rulers we have are not good leaders but corrupt leaders? Imagine the amount they budgeted for their own convenience. It is high time the civil right fighters mobilize the populace to chase these rogues out of power.

This government has no sense of direction and completely clueless as to what governance is all about. This is the kind of thing that happens when you have circumstantial leaders in position of authority. They have no vision of what they intend to achieve and therefore go for every useless idea that comes into their head.

I Go Die (Comedian)
I guess we all are just wasting our time by condemning and criticising these men for deciding to spend that huge amount for the First Lady. I wonder how we will react when the Senate makes a law for such benefits for each of their wives and husbands. We haven’t seen anything yet in this country.

DJ Spin’all (Disc Jockey)
N4bn for the so-called first ladies mission house? It’s only in Nigeria this can happen. This is a country where a senator earns more than the president of America. It’s clear that Nigerians are being robbed by a handful of criminals in power.

I think the government should look at other sectors that need more attention than wasting money on building First Ladies’ conference hall. Has the government ever looked at our hospitals and see how our people are dying of diseases because of lack of medical facilities? Alot of people are dying because they can’t afford to pay their bills. Our leaders should be careful and they should know that they will all be accountable for their deeds when they die.

Reckless spending has become a norm in governance. They should stop doing projects that are irrelevant to us. First ladies have no place in the constitution and shouldn’t meddle with taxpayer’s money. Mrs. Jonathan has been in-and-out of the  country without addressing the masses and yet she is placed on the nation’s payroll.

Things will continue to go wrong from the way Nigerians are governed until those political parties stop rigging election and allow people to elect leaders of their choice. I urge all the human rights activists in the country to rise up and mobilize the masses to call a spade a spade and fight for us. These people do not deserve to be there.
DJ Humility (Disc Jockey)
Lies. This is the latest trend in Nigeria. Everybody now lies, even our leaders themselves have accepted that they are all liars. This administration is one of the most corrupt administrations Nigeria has ever had.
Jaywon (Musician)

Shame on Jonathan and his men who are wasting the resources of Nigeria for their own selfish reasons, I weep for my country.

This level of corruption is just too difficult to comprehend. And what is worse is that Nigerians will scream and shout in their homes, offices and over the internet but will do nothing to stop the unapologetic looting of the national coffers.

A secondary school economics student can look at Nigeria’s budget and find how cuts of completely unnecessary projects can save enough money to cover the cost of petroleum subsidy withdrawn last year. It is time to stop the talking, rationalising and praying and take action by storming Abuja to effect change.

In a country of 170 million people if we can’t amass 5 million people to invade Abuja then there is no point complaining about corruption because we would have tacitly given these thieves a free pass to carry on looting the national treasure at the expense of the rest of us. Wake up Nigeria. Revolution is now or never.