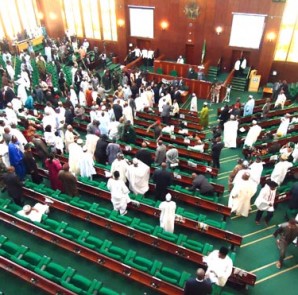 Minister of Foreign Affairs, Ambassador Olugbenga Ashiru was yesterday summoned by the House of Representatives over Wednesday’s attack on the Nigerian Embassy in Dakar, Senegal.
Chairman of the House Committee on Foreign Affairs, Rep. Nnenna Elendu Ukeje (PDP, Abia) who made this known in plenary yesterday, said preliminary report on the incident suggested that the attack was carried out by Nigerian traders from Cape Verde, whose members were reportedly killed in Senegal, and were angered by the levity with which the Nigerian Embassy in Dakar handled the matter.
Speaking on a motion on the matter sponsored by Rep. Robinson Uwak (PDP, Akwa Ibom), Ukeje said the national flag of Nigeria was desecrated in the process.

It would be recalled that a video of Nigerians molesting staff of the embassy and destroying property of the embassy before leaving the premises went viral on the internet.

Rep. Uwak called for an immediate investigation into the matter by the House Committees on Foreign Affairs and that of internal security and report their findings back within four weeks.