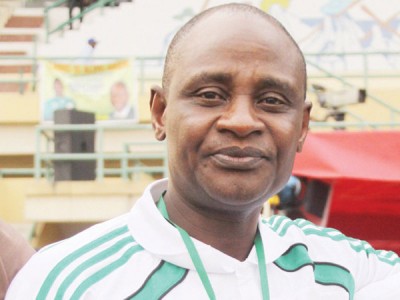 NFF president Aminu Maigari who lost out on a chance to be on the executive committee of the Confederation of African Football, CAF, after a run-off, has said he has no hard feelings on the outcome.

The Vice President of CAF’s West B zone and member of the FIFA Players’ Status Committee, Maigari on Sunday gave his opponents a good fight before losing to Beninoise official, Moucharafou Anjorin, in a second vote.

However, while Maigari said he is not bitter with his defeat, he maintained CAF should now strive to entrench a system that will allow for the best to emerge to run the game on the continent.

“I wish to start by thanking the federal government and good people of Nigeria for backing me all the way in this election. I specially thank the Honourable Minister/Chairman of the NSC, Bolaji Abdullahi, NFF executive committee and management, the media and all those who supported the campaign,” Maigari said.

“The poll was an experience and I have no hard feelings. That’s what life is all about. You learn every day. I am proud of the campaign we conducted. But it is time that African football begins to put in place a structure that will allow the best to emerge on to the CAF Executive Committee.