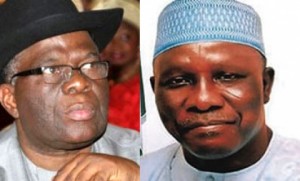 An interim report from the investigations into the incident of the Agusta Westland helicopter crash in Bayelsa on December 15, 2012, which killed former National Security Adviser (NSA), General Andrew Azazi and former Kaduna State governor, Mr Patrick Yakowa, has been released.

The investigation, carried out by a team of the Accident Investigation Board (AIB), constituted by the Nigerian Air Force, at the instance of the Nigerian Navy, to ascertain the cause of the crash, has so far shown that sabotage was not involved.

The report, which was submitted to the Chief of Naval Staff, Vice Admiral Dele Joseph Ezeoba, at the Naval Headquarters, showed human and material error as the cause of the fatal crash. The investigation was conducted by aviation experts, in collaboration with the manufacturers, Agusta Westland, as it revealed that the cause of the crash could be human error, material failure or a combination of both.

The report also stated, however, that in order to determine the actual cause of the crash, there would be the need to analyse the engine of the helicopter, in order to carry out detailed forensic analysis. This aspect of the investigation, the experts added, would be carried out by Turbomeca, the manufacturers of the engine. Similarly, the report added that it was important to state that an independent police report had equally ruled out sabotage as a possible cause of the crash.